For example, libraries should generally be compiled as universal binaries even if you are exclusively targeting an Intel-based Macintosh.

The rmic compiler generates stub and skeleton class files (JRMP protocol) and stub and tie class files (IIOP protocol) for remote objects. These classes files are generated from compiled Java programming language classes that are remote object implementation classes. A remote implementation class is a class that implements the interface java.rmi.Remote. The class names in the rmic command must be for classes that have been compiled successfully with the javac command and must be fully package qualified. For example, running rmic on the class file name HelloImpl as shown here: creates the HelloImpl_Stub.class file in the hello subdirectory (named for the class's package).

A skeleton for a remote object is a JRMP protocol server-side entity that has a method that dispatches calls to the actual remote object implementation.

A tie for a remote object is a server-side entity similar to a skeleton, but which communicates with the client using the IIOP protocol.

By default, rmic generates stub classes that use the 1.2 JRMP stub protocol version only, as if the -v1.2 option had been specified. (Note that the -vcompat option was the default in releases prior to 5.0.) Use the -iiop option to generate stub and tie classes for the IIOP protocol.

Agilent usb gpib drivers for mac. (do they contain some special unobtanium or something?) or is this just market-supply-demand-markup going on? Looking online, GPIB-to-USB or GPIB-to-ethernet opetions all see quite expensive (around 200 euros). Is there any reason these are so expensive?

-bootclasspath path
Overrides location of bootstrap class files
-classpath path
Specifies the path rmic uses to look up classes. This option overrides the default or the CLASSPATH environment variable if it is set. Directories are separated by semicolons. Thus the general format for path is:
For example:
-d directory
Specifies the root destination directory for the generated class hierarchy. You can use this option to specify a destination directory for the stub, skeleton, and tie files. For example, the command
would place the stub and skeleton classes derived from MyClass into the directory C:javaclassesfoo. If the -d option is not specified, the default behavior is as if '-d .' were specified: the package hierarchy of the target class is created in the current directory, and stub/tie/skeleton files are placed within it. (Note that in some previous versions of rmic, if -d was not specified, then the package hierarchy was not created, and all of the output files were placed directly in the current directory.)
-extdirs path
Overrides location of installed extensions
-g
Enables generation of all debugging information, including local variables. By default, only line number information is generated.
-idl
Causes rmic to generate OMG IDL for the classes specified and any classes referenced. IDL provides a purely declarative, programming language-independent way of specifying an object's API. The IDL is used as a specification for methods and data that can be written in and invoked from any language that provides CORBA bindings. This includes Java and C++ among others. See the Java Language to IDL Mapping (OMG) document for a complete description.

When the -idl option is used, other options also include:

-iiop
Causes rmic to generate IIOP stub and tie classes, rather than JRMP stub and skeleton classes. A stub class is a local proxy for a remote object and is used by clients to send calls to a server. Each remote interface requires a stub class, which implements that remote interface. A client's reference to a remote object is actually a reference to a stub. Tie classes are used on the server side to process incoming calls, and dispatch the calls to the proper implementation class. Each implementation class requires a tie class.

Invoking rmic with the -iiop generates stubs and ties that conform to this naming convention:

When the -iiop option is used, other options also include:

-always or -alwaysgenerate
Forces re-generation even when existing stubs/ties/IDL are newer than the input class.
-nolocalstubs
Do not create stubs optimized for same-process clients and servers.
-noValueMethods
Must be used with the -idl option. Prevents addition of valuetype methods and initializers to emitted IDL. These methods and initializers are optional for valuetypes, and are generated unless the -noValueMethods option is specified when using the -idl option.
-poa
Changes the inheritance from org.omg.CORBA_2_3.portable.ObjectImpl to org.omg.PortableServer.Servant.

The PortableServer module for the Portable Object Adapter (POA) defines the native Servant type. In the Java programming language, the Servant type is mapped to the Java org.omg.PortableServer.Servant class. It serves as the base class for all POA servant implementations and provides a number of methods that may be invoked by the application programmer, as well as methods which are invoked by the POA itself and may be overridden by the user to control aspects of servant behavior. Based on the OMG IDL to Java Language Mapping Specification, CORBA V 2.3.1 ptc/00-01-08.pdf.

-J
Used in conjunction with any java option, it passes the option following the -J (no spaces between the -J and the option) on to the java interpreter.
-keep or -keepgenerated
Retains the generated .java source files for the stub, skeleton, and/or tie classes and writes them to the same directory as the .class files.
-nowarn
Turns off warnings. If used the compiler does not print out any warnings.
-nowrite 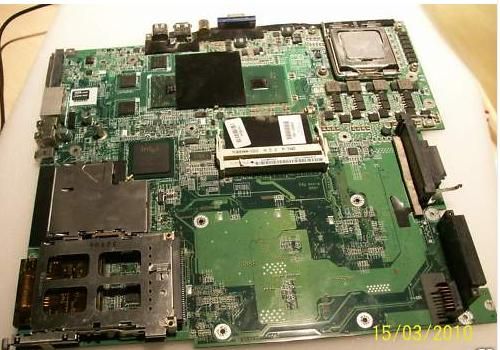 CLASSPATH
Used to provide the system a path to user-defined classes. Directories are separated by semicolons. For example,

:-1: error: Qt Creator needs a compiler set up to build. Configure a compiler in the kit options.

when I try to compile.

In the preferences pane there seem to be various autodetect compilers flagged though if I select a sensible one of these it doesn't seem to make any difference.